7 Greatest Albums of All Time 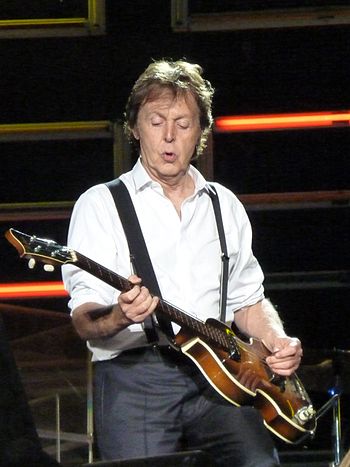 Sgt. Pepper’s Lonely Hearts Club Band has been cited as the greatest album of all time by several publications and organizations including Rolling Stone and The National Association of Recording Merchandiser and several others. The album includes hits such as “With A Little Help From My Friends” and “Lucy in the Sky with Diamonds.” The album won four Grammy Awards in 1968 and has sold more than 32 million copies since its release. The album is held as The Beatles experience into psychedelic rock. Prior to the release, The Beatles took a 2 month vacation, made claims to never play live again and declared they no longer wanted to be the mop-top boys, but wanted to be viewed as artists. For the album, Paul McCartney had the idea of having the band develop alter-egos and losing their identity.

Pet Sounds is recognized as one of the most influential albums in popular music. The Beach Boys released Pet Sounds in May of 1966. Lead vocalist, Brian Wilson had quit touring with the band and spent his off-time working with vocal harmonies, unconventional harmonies and recording. Pet Sounds includes the hit songs “Wouldn’t It Be Nice” and “God Only Knows.” The album includes sounds from an electro-theremin, dog whistles, barking dogs and Coca-Cola cans. In 2004, the Library of Congress preserved the album in National Recording Registry for being “culturally, historically and aesthetically significant.”

Michael Jackson wrote four of the nine songs on the Thriller album. The album was one of the first albums to use a music video as a promotional tool. During its release in 1982, Thriller sold a million albums per week at its peak and currently continues to sell 130,000 copies per year.

4. The White Album, The Beatles

The White Album is the self-titled Beatles album, known in popular culture as The White Album, for its plain white record sleeve and cover. The album was recorded following a group trip to visit Maharishi Mahesh Yogi in India.  Ringo Starr quit The Beatles for a brief period of time during the recording of The White Album and Paul McCartney took up playing drums for two of the songs. The album marks the beginning of each member embarking upon their own solo career.

The Purple Rain album was released along with the film, Purple Rain starring Price. Purple Rain is the sixth best selling soundtrack of all time. The album includes “When The Doves Cry” and “Purple Rain.” The album is prized for melding elements of funk, R&B, pop, rock and heavy metal.

Marvin Gaye produced “What’s Going On” himself. The album is considered a song cycle album, with each song leading into the next song. The album tells the story of a Vietnam War veteran returning home from his fighting only to see fighting and suffering in his own country.

Nirvana’s Nevermind was never suppose to or expected to be a commercial success by neither Nirvana’s record label nor the band. “Smells Like Teen Spirit” became a surprise success and even surpassed Michael Jackson on the charts in 1992. The album is held responsible for being alternative rock to a mainstream crowd.