How Headphones Changed the World 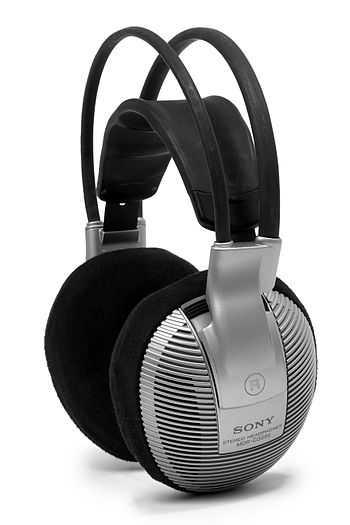 Prior to the advent of amplifiers, headphones were the only way to listen to electrical audio signals. How Headphones changed the world? In 1895, the electrophone was invented. The electrophone aired the music of the local opera house, rested on the ear, and weighed more than ten pounds. The first set of modern headphones were created in 1910 by Nathaniel Baldwin. Baldwin created a set in his kitchen and began selling them to the United State Navy. Baldin was formerly an electrician and air compressor operator. Baldwin began experimenting with sound amplification through compressed air, which eventually turned into the first headphones.

Brandes headphones were manufactured in the ‘20s for radio work. In the beginning, headphones were highly uncomfortable, often made from moving iron drivers and producing a clamping effect upon the head. Early radio headphones also had  dangerously high voltages.

In 1958, John C. Koss, a jazz musician, developed the first stereo headphones. Prior to Koss, headphones were mainly only used by telephone operators, and for Military and radio use.

Now, more than 300 million own iPods and tiny earbuds.

In 1979, Sony introduced the Walkmen and music was portable. Included with the Walkemen ere Sony’s MDL-3L2 headphones. The portable headphones forever changed the morning jog, long bus rides and flights. The ear clip headphone helps people on the go, be on the go.

Headphones allow complete isolation for the user. Whether it’s in the office or at home, headphones help blank out the humdrum of work and the humming noises at home.

Headphones help to isolate sound, therefore, they are a wonder in the recording studio. In modern times, it would be nearly impossible to record a full band album without headphones.

Recently headphones for the TV have been sold in the modern market. The TV earphones are marketed towards the elderly and provide a better listening experience.

Headphones provide higher quality listening for gamers indulging in videos games which use audio processing algorithms. Gamers can get a better feel for off-screen noises and footsteps of opponents.

It is important to utilize headphones when participating in the use of binaural beats during meditation. Binaural beat therapy changes brainwaves frequency helping the body and mind to relax, become more creative and other mental states.

Headphones allow telephone operators and cell phone users to have better posture and hold their heads up straight rather than cradling their heads to one side, increasing spinal alignment.

Written by: Adam Prattler likes Homejoy because he’s a writer who doesn’t make a lot of money. Homejoy cleaning service gets the job done without costing him a ton of money that he doesn’t have. He really enjoys writing about music.