How the music and soul interconnected 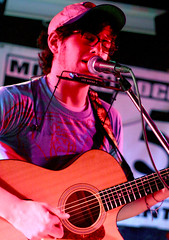 Photo by JSmith PhotoThe study of ‘how music and soul are interconnected’ has been a topic of interest for many. Research has found that music has strong effects on both our physical and mental health. Music has a special power that touches our spirit and stirs our emotions. Music is considered as a combination of Science and Art. Tansen, a brilliant musician of the 16th century who lit the lamps by singing Raga Deepak is a very good example to show the profound effects of music. Today, more and more doctors are using music to help their patients stay healthy and for a speedy recover from illness. It helps fight depression and has a soothing effect on our minds. The traditional Classical and Hindustani music have positive effects on the body, mind and soul of the singer as well as the listener. Following are some of the effects music can have on our physical and mental health.

Feeling sad, inactive or uncomfortable? Good music can soothe your mind. Symptoms associated with depression include weakness, headache, lack of concentration and the mind’s inability to plan and execute tasks. Depression is a result of decrease in serotonin levels of the brain. Silent musical notes help in more production of Serotonin, thus keeping your mental depression at bay. Natural music notes are known to activate the brain. Soothing music reminds you the happy moments or good days and such good memories make you healthy.

Anxiety is a kind of fear that masks your mind and frightens you about the outcome of an upcoming event. Unwanted worries and stress lead you to sleepless nights. Extended periods of anxiety may prove fatal to your health. But, music has the power to control anxiety. It takes away every factor associated with anxiety and makes you feel better. Flat musical notes soothe the body nerves, make the mind relaxed and induce sleep.

Music has a great influence on our learning and thinking abilities. Cool, good music increases your productivity at office as well as at home. Music helps you in developing positive attitude and stay motivated. Research has shown that certain kinds of music can help students to perform better academically. Listening to soothing music while doing complicated tasks, can make you feel the task easier.

Lack of self confidence and interest to learn something is the main reason behind a failure. Students performing poor academically do not necessarily lack the ability. It’s their lack of motivation or very less interest in the subjects that are responsible for their poor academic performance. Music lessons added to their curriculum can help the students improve their learning skills. Music encourages young children to explore new fields. It helps them in developing self confidence.

Music has the ability to improve your concentration levels. Classical music is helpful in increasing memory. It has been found to be effective in treating Alzheimer’s and dementia patients who lack memory. Studies have reported that the silence between two musical notes activates the brain cells which are the important elements for the development of strong memory. Instrumental music that includes flute, sarod and veena are known to improve your concentration and memory levels. Classical music helps in extracting the information stored in the brain in the form of memory.

Music has a great influence on the right side of the brain which deals with creativity. Certain Ragas of music are known to stimulate the chakras of our body, thus giving us an opportunity to showcase our talent. Music helps you develop skills that are essential for tackling tough situations, cracking puzzles and taking decisions. Listening to Mozart’s music increases spatial and abstract reasoning skills which makes you smarter.

According to studies, good music stimulates the body to release endorphins which act as natural pain killers. It also has the ability to draw your focus away from the pain and makes you relaxed.

Brings together people of different religion

Music is an international language that brings together people of different culture, nationality and religion.

Music is known to reduce anxiety developed in cancer patients at the time of receiving radiation therapy. It also relieves nausea resulting from strong-dose chemotherapy.

Music at the same time can have some serious effects in the form of Tinnitus or hearing loss. Hearing loss can result while ears cannot accept music at high volumes or amplitudes.

Music played at very high volumes can alter the symmetry between the right and left halves of the brain. Exposure to harsh or disruptive music results in a disturbed state of mind.

So, the influence of music on your soul depends largely on the kind of music you choose to listen to. To reap the benefits of music, you should choose only good music.

About The Author: Brianne Walter is a writer blogger. She loves writing, travelling and reading books. She contributes to punchh