Negative or positive effects of music on your brain 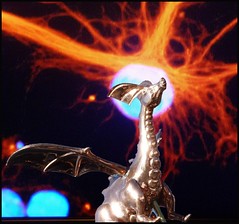 Photo by uvw916aNegative or positive effects of music on your brain

Music can make or mar your brain and your body. It helps in changing your mood, motivate to do a number of exercises and help you to recover from injuries. As per the number of research and studies, music affects brain or mind in both positive and negative ways. Though there are a number of positive implications over your brain with music but at the same time you can see few negative impact of music over human mind, which are worth knowing. Music has the power to make you free from the stress and fatigue and thus make you feel better and strong. Also, as per research music has certain calming and soothing impact over your mind along with being the best source to get rid of certain ailments as well. In short it has more of positive impact over your mind rather than the negative ones. So let’s check some of the positive and negative effects of music over your mind in the following paragraphs.

As per studies, music helps in increasing the concentration levels in human brains thus making it sharper and smarter. It helps in increasing the memory levels of patients suffering from dementia and Alzheimer. As per reports, the silence between the musical notes simply boost up the brain cells that helps in developing sharp memory.  The music coming from older instruments like Flute, Sarod and Santoor are recommended often to improve the memory and concentration power. The classical music helps in improving the ability to recall things and retains the same in your brain for long. The strong beats in music simply help in resonating in synch with the help of beats and thus enhance the mental alertness to a great extent. Lastly, with learning music you increase the self discipline inside your brain.

Music has a big role to play in improving creativity inside your brain. Your right side of your brain can have positive impact along with triggering the central space of the brains that deal with creativity. There are certain forms of classical music, which helps in activating certain areas inside your body that govern in making things smooth for carrying out a wide range of creative tasks.  Music also helps in increasing your abstract and spatial reasoning skills, which helps you a lot in handling difficult problems and puzzle solving or taking proper decisions at right time.  If you listen to the Mozart’s music you can have some of the most positive impact on your brains, which helps in enhancing the spatial temporal reasoning. In other words, you end up turning smarter.

Unlike the way you have certain positive effects of music on your mind, there are few negative implications as well. Listening to a very loud music can hamper the symmetry seen over the right and the left halves of your brain. Too loud music can result into disturbed kind of state of mind. Too much of exposure and harsh kind of music at tender age can bring in problems of learning disabilities and certain behavior issues in your kids.

Too much music can lead to aggression

As per the experts, too much music listening can bring in the reduction of retention levels inside your brain, which lead to issues like hyperactivity and aggression. By hearing some heavily repeating kinds of musical patterns, you end up getting a feeling of boredom and even anger. Lastly too much of music can cause the issue of epileptic seizures that can bring in certain psychiatric complications.

One of the positive implications of music over your brain comes in the form of a treatment for certain mental conditions like depression, stress and anxiety. If you are feeling depressed and gloomy listening to any soothing music can really beat the depression, which helps in reducing the brain activity that hampers your mind. The lack of Serotonin and neurotransmitter inside your brain can bring the depression state; however, listening to soothing musical notes can really help in increasing these elements inside your mind and thus kill mental depression. At the same time it helps in beating the stress, which often brings in sleeplessness. The issues like anxiety disorders are sorted out very easily with the help of flat musical notes, which induces your sleep.

Music is often a great motivator and the best means to keep yourself in a right mood along with keeping your brain healthy. At the same time if you play and abuse with the music you may end up getting few negative impacts as well. So it depends the way you use it, if you use music in a healthy way you are bound to have positive effects or else it can hamper your brain in a negative way.

About The Author: Brianne Walter is a writer blogger. She loves writing, travelling and reading books. She contributes to punchh.com